Fulfillment of social responsibility with donation of billions of KRW to educational institutions, etc. 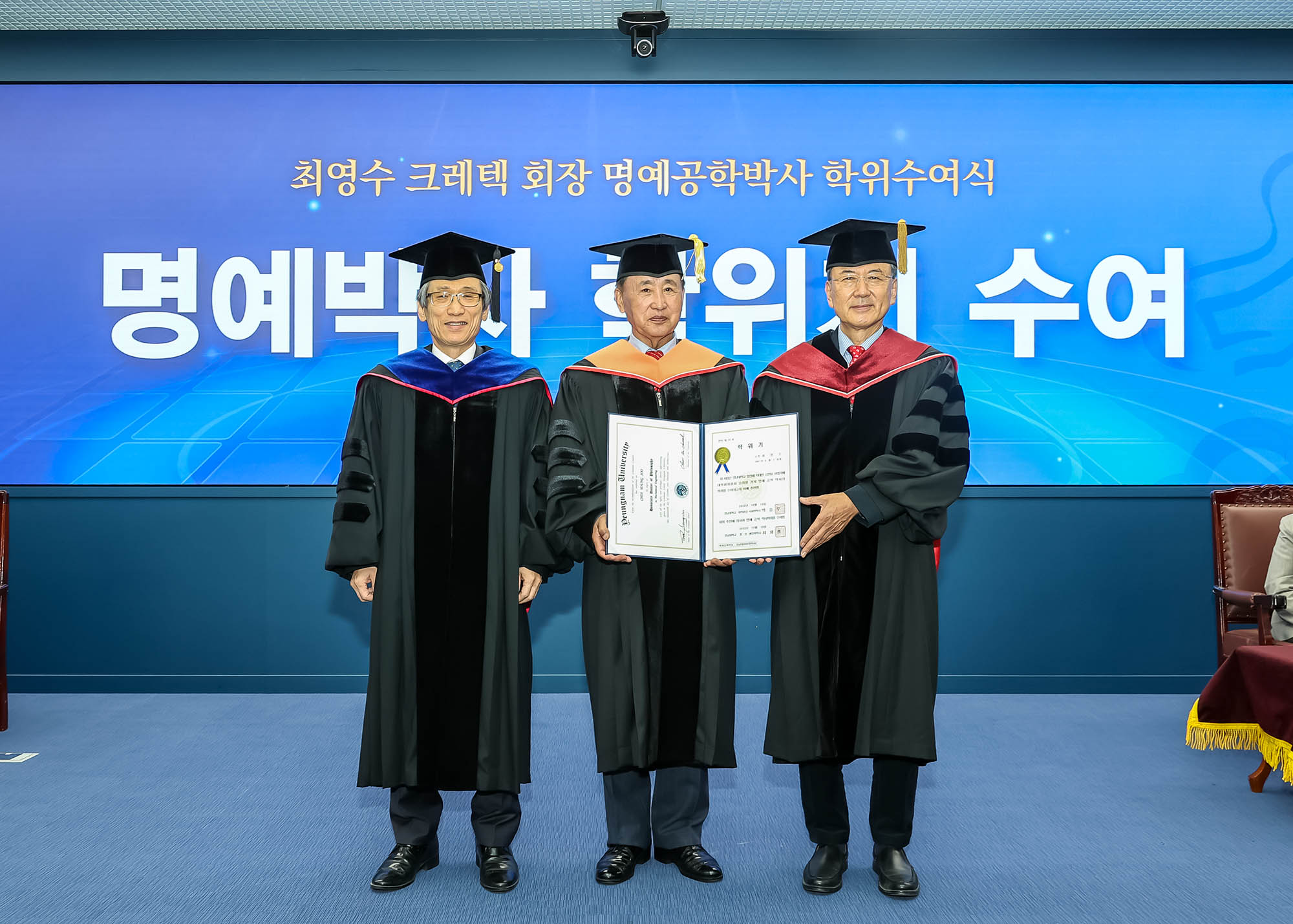 Chairman CHOI walked a single way of tool industry for more than 50 years with establishment of a responsible guarantee tool company in Daegu in 1971 and founded Cretec, the domestically largest industrial tool distribution company.Cretec is supplied with more than 130,000 items of more than 1,200 domestic/foreign brands and supplies more than 9,000 domestic distributers with them.He contributed to rapid growth of domestic tool industry by systemizing information on diverse industrial tools, by applying standard price system and barcode system for the first in tool industry, by digitalizing product information, and by settling scientific distribution network in domestic tool industry.He is recognized to grow the domestically largest industrial tool distribution company with his expert in practical knowledge and field as a businessman and with excellent management capability by accomplishing customer satisfaction with his management philosophy, “Sincere, honesty and responsible spirit.” 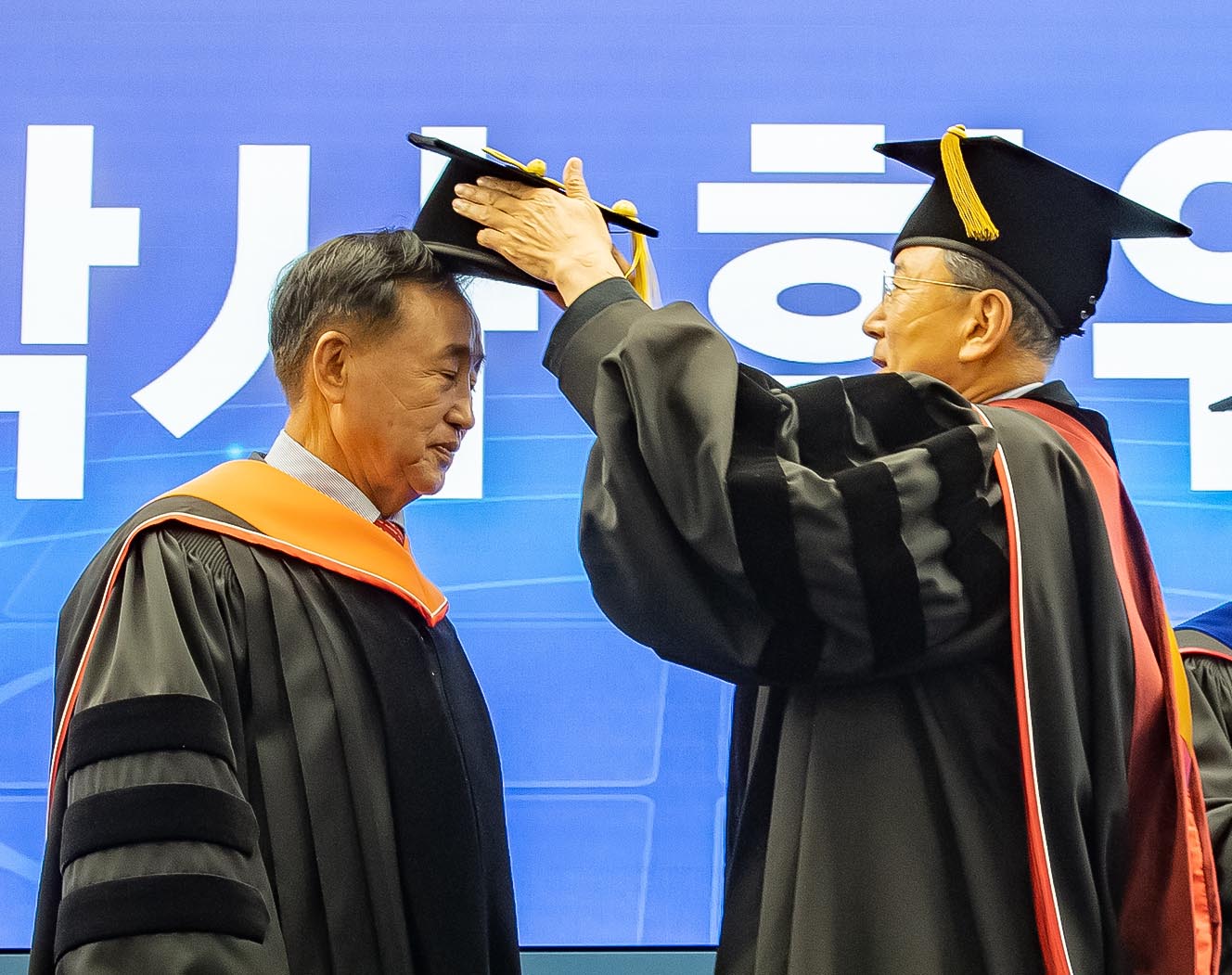 As described above, Chairman CHOI has been developing distribution area of domestic industrial tools, was selected as a “New Intellectual” by Small and Medium Business Administration in 2000, received Prime Minister’s Award as a National Excellent Capital Goods Development Company in 2009, and received National Quality Management Competition Industrial Medal and Bronze Tower Order of Industrial Service Merit as well as Corporate Innovation Award, proving his contribution in national industrial development. In 2020, he received “Presidential Citation at the Korea Distribution Awards,” the highest honor in the domestic distribution field. He has continued his wide walk for social development in addition to management of his company. He served as Chairman of Korea Industrial Materials Association Inc. and Vice-Chairman of Daegu Association of Athletics Federation and, now, serves as Chairman of Daegu Metropolitan Saemaul Association.He has been leading sharing activities to fulfill his social responsibilities.He has been leading development of local communities with donation of more than KRW 5 billion including donation for various domestic/foreign disasters to Daegu Prison, Gyeongsang Middle School Baseball Team, and Win-Win Growth Research Center, etc.

He paid large attention in cultivation of local talents, too.He donated KRW 500 million for construction of Cretec Hall, a studying space for students, in YU Machinery Hall and promised to donate KRW 500 million to YU for 10 years from 2031 in order to cultivate talents.The amount of donations to educational institutions such as local preliminary, middle, and high schools and colleges/universities reach KRW 2.7 billion. Chairman CHOI said, “I had a difficult time several years ago due to worsened health and business. I could gain strength again thanks to the encouragement and support from those around me at the time. I could go one step further by challenging with the mind, ”Giving-up is possible anytime. Let’s try once more.” If I gave up at that time, today’s honorable place would not be possible. I faced on crisis several times with operation of business but, through learning, challenge, and innovation, I came to this place. I will keep this honorary doctor degree deep in my mind. I will go my way with humble and harder attitude. I will neither stop learning nor settle here and will fulfill my social responsibility. I will do my best for bright future of our society.”

President CHOI Oe-chool of YU conferred honorary doctorate to Chairman CHOI in the ceremony and said, “When reminding the trace of Chairman CHOI Yeong-soo, the word of “Responsibility” is felt highly meaningful. I think it is easy to say the word of “Responsibility” but it is not easy to fulfill it.Chairman CHOI  has been practicing “Responsible management” for more than 50 years since establishment of the company and put Cretec at the highest position in the area of Korean tool industry.The footsteps of Chairman CHOI who has been fulfilling social responsibility as well as management activities will be an example for future generations. YU will also share the large will of Chairman CHOI for sharing and kindness.YU will lead cultivation of elegant talents to lead development to an advanced country and of talents to contribute in human society.

Meanwhile, Cretec consists of Cretec Responsibility focused in machinery tools and Cretec Wellbeing focused in industrial safety goods and has 800 employees for KRW 600 billion of sales this year.

YU ranked 16th in Korea in “2023 THE World University Rankings”