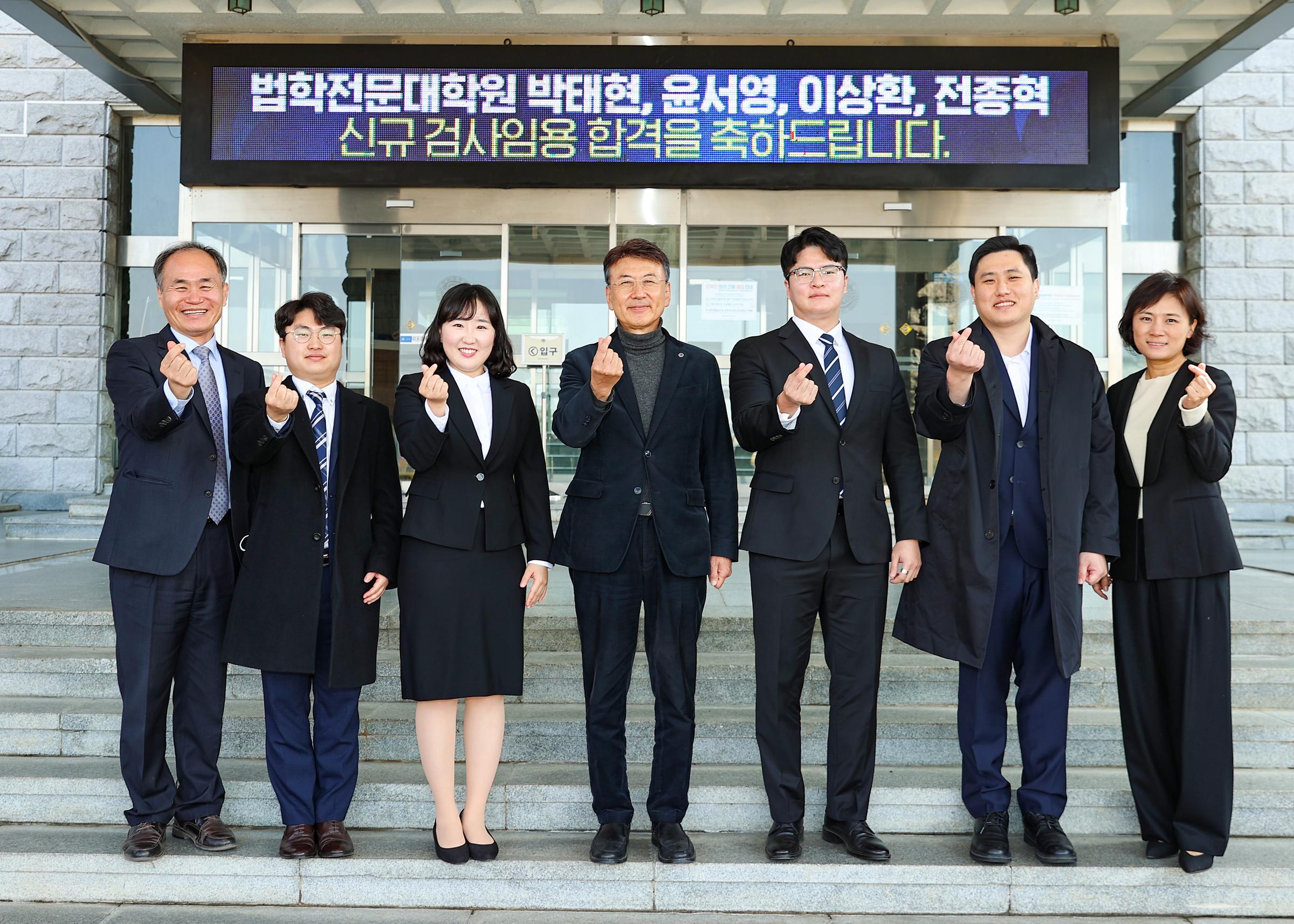 YU Law School (hereinafter, Law School) generated for success produced four successful candidates in the results of the 2023 New Prosecutor Selection Exam according to a recent announcement by the Ministry of Justice. YU produced three prosecutors last year and the good performance continues this year.

They will be appointed as new prosecutors in 2023 and said, “We could concentrate on learning because professors and the college actively supported us for three years in YU Law School.The knowledge and experiences obtained in YU Law School will be a large foundation of our life as judicial officers. We will expand our capabilities as judicial officers to continue the status of a prestigious law school.

YU Law School has been showing good performances in pass rate since the foundation.It showed its potential to be ranked first in the 9th Bar Exam in the country (based on the number of students enrolled in the 9th Class of the Law School), ranked second in the country in the pass rate of the 8th and 10th bar exams, and has been firmly keeping the status of a prestigious law school with Rank 5 of accumulated pass rate in lawyer exams among countrywide law schools.In addition, accumulated master’s degree acquisition rate in law school ranked third showing excellent educational quality.

President CHOI Oe-chool of YU held a meeting with the students who passed the new prosecutor selection exam and said, “YU Law School maintains its top rank in various indicators such as bar exam pass rate and master's degree acquisition rate, solidifying its status as a cradle for cultivating lawyers with a sense of mission to realize social justice in our society. I hope they become judicial officers who contribute to human society over our society remembering the “Become a creator of new history, for the sake of the people, for the sake of mankind” of the school song.”

“Keep your health and think about the environment walking on the campus.”