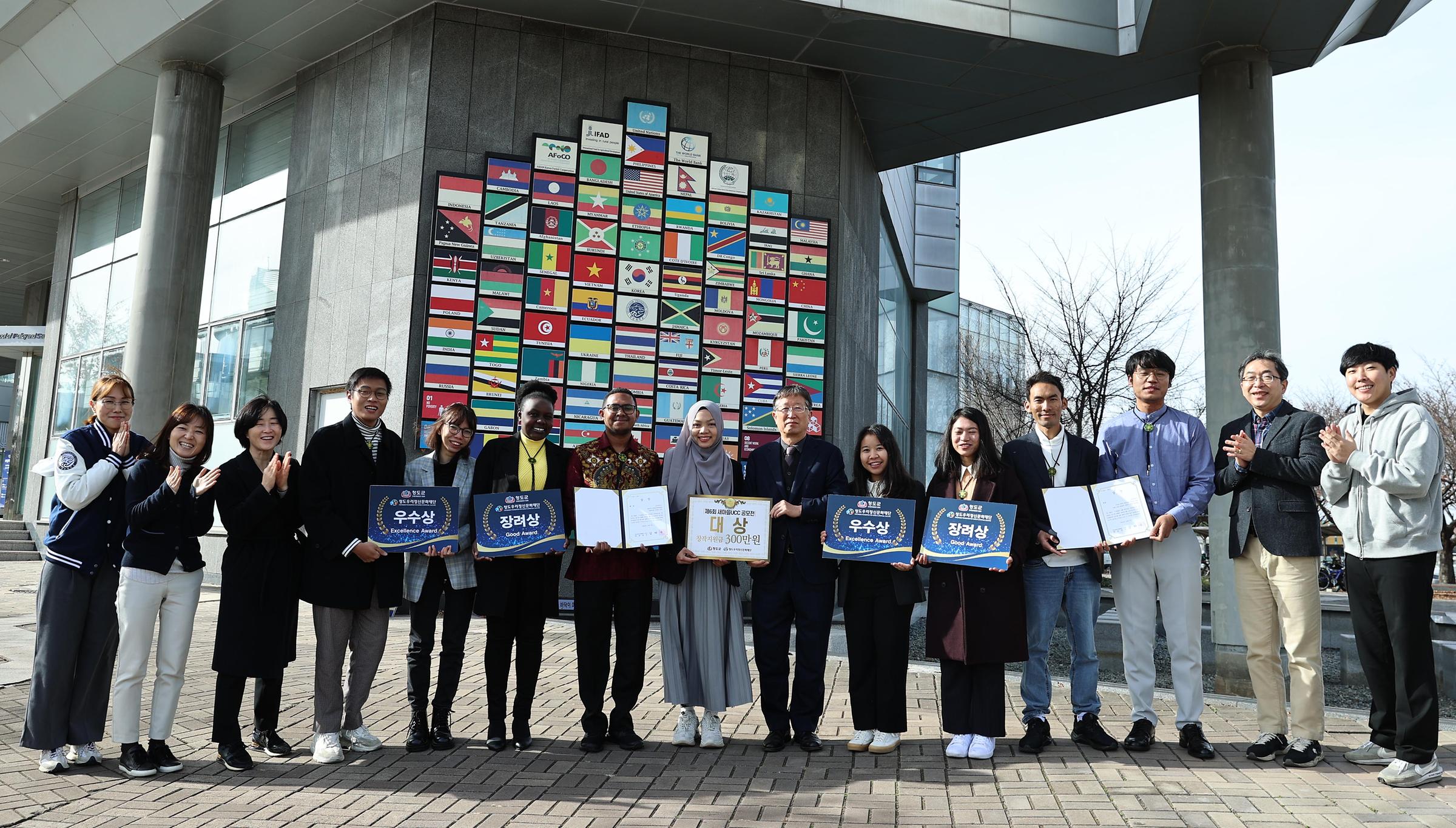 Foreigner students of YU PSPS received six Excellence Awards in 4th and 5th contests in addition to this contest. As main audit standards consist of contents of works and creativity for PR of Saemaul, such results mean that their understanding level of Saemaul is such high.

Saemaul UCC Contest hosted by  Cheongdo Foundation for Korea’s Spiritual Culture is a UCC production contest to advertise Saemaul Undong. The subject of this year’s contest is “Pleasant changes, developing Saemaul Undong,” video works were recruited from whole people from July to 14th October, and final winners were selected on the 3rd of December.

Through 1st and 2nd audits based on technical perfection, YouTube views including creativity, stories, edit, etc. of contents of works, 17 winners were selected. Among them, Pertiwi FitriI Ayu (right in the photo shown below) and Naitio Ferdinandus (left in the photo shown below) team consisting of foreigner students of YU PSPS received Grand Prize. 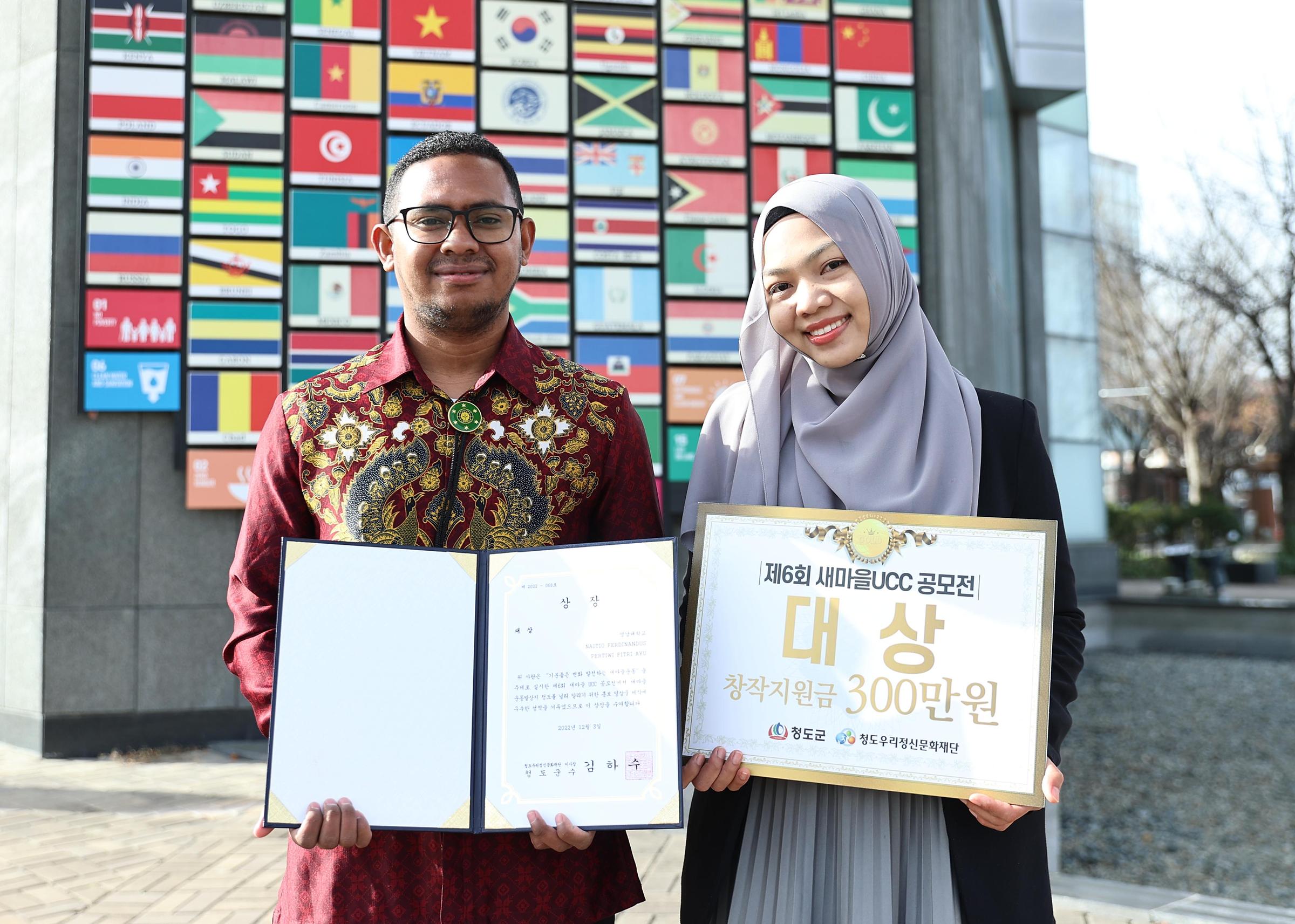 The title of their work is “How to become Saemaul Warriors.” Graduate school students from Indonesia visited Cheongdo, the origin of Saemaul Undong, in order to study how Korea that had been a poorest country in the world could achieve today’s economic development and produced a 3-minute video to show the course to learn about Saemaul Undong with keywords of Diligence, Self-reliance, and Cooperation that are basic spirits of Saemaul Undong.

Mr. Ferdinandus revealed his aspirations, “I came to YU PSPS to learn about Saemaul Undong and Korea’s development as shown in our produced video. It seems that we could get such a good evaluation result because Saemaul Undong, economic development of Korea, and core value of Saemaul Undong were put in the video in the viewpoint of foreigners. We want to contribute in development of my home country by becoming Indonesian Saemaul Worriers as the students majored in Saemaul as shown in the title of our work.”

The reason for foreigner students of YU PSPS to show such good performances continuously may be the systematic educational course of YU that academized Saemaul Undong. The reason is that their understanding level of Saemaul as Saemaul students is higher compared with Koreans.University-level aggressive support including video production training for foreigner students also played a part. YU has been providing professional training on video production and edit, etc. every year.

Dean LEE Hee-wook of YU PSPS said, “We support foreigner students to complete various extracurricular courses such as Korean language education, Korean culture experience, and video production education in addition to major studies. I hope them to show synergy effect in utilization and application of their majors as Saemaul students by expanding understanding of Korea and enhancing capabilities in various areas.”