Total of 103 people in 59 teams competed, and took first place after the first and second reviews Students of the YU School of Architecture took the grand prize at the KEPCO Daegu HQ New Building Design Contest.

The honors went to Choi Young-hyun (senior) and Kim Dong-young (junior) of the School of Architecture. At this contest held from June to August by the KEPCO Daegu HQ, they were judged first for their design and explanations, and then a second time with a video explanation of their work, and was finally chosen as first place, winning a cash prize of 3 million KRW.

This contest was held for students enrolled at universities in Daegu and Gyeongbuk to offer the opportunity for empowering local college students under the theme of ‘Office building where the MZ Generation works.’ A total of 103 people in 59 teams participated, and 21 people in 12 teams were awarded.

Their winning work was ‘Open Frame Office.’ Choi Young-hyun explained, “We paid attention to the spatial features of the KEPCO Daegu HQ where there are many public agencies. Rather than focusing on the individual functions of these public institutes, we believed that the entire block comprising the public institutes should be filled with public value,” while adding, “We did not make physical barriers like fences, resolved the issues of being inward for public institutes and facilities, and established an office space open to the city to create public locational value. Many existing office buildings concentrated only on functionality, and were situated like islands in the city. But we thought that for offices in the future, it would be important to form relationships with the city by including both functional aspects and public spaces.” 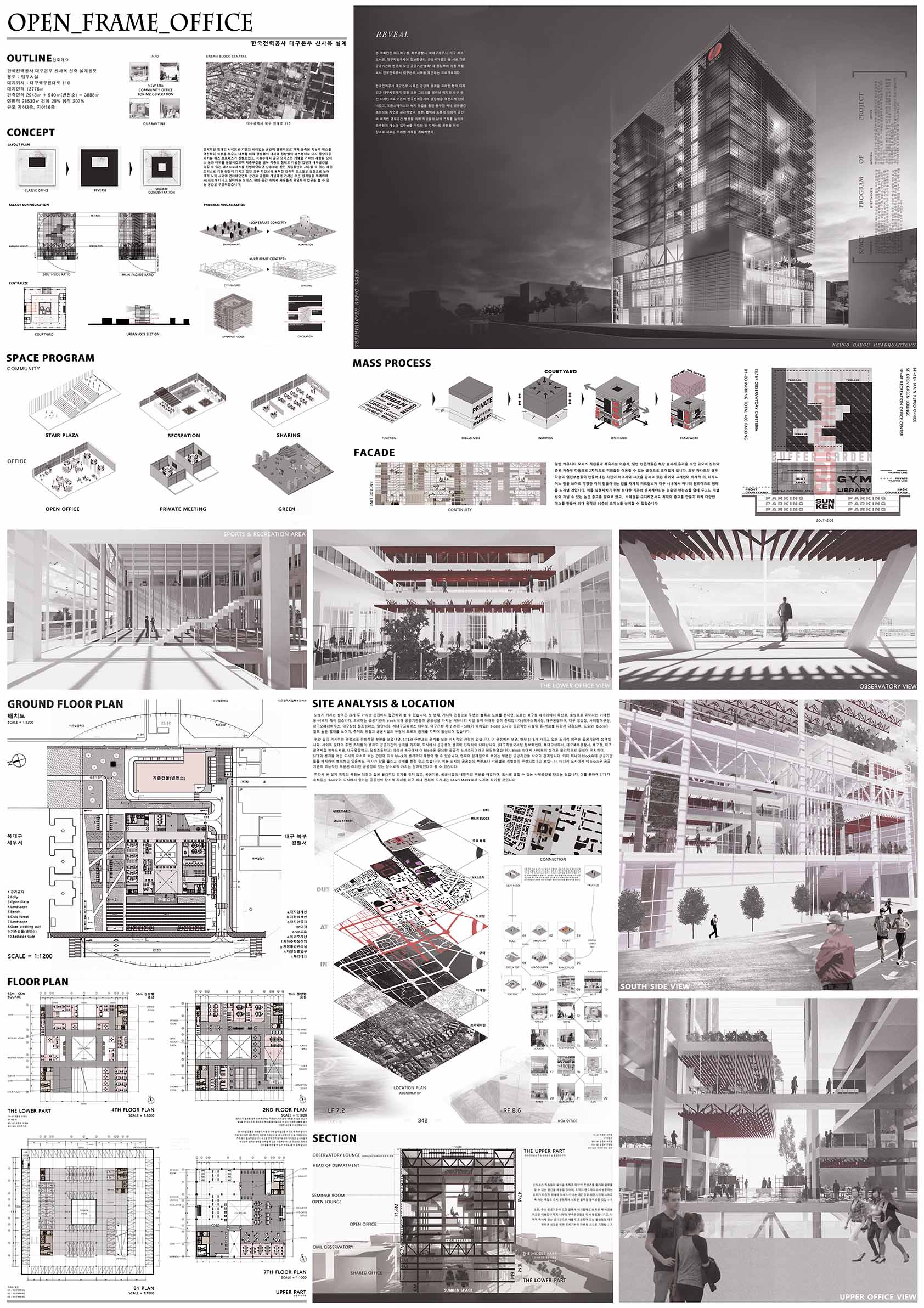 The KEPCO Daegu headquarter building was constructed in 1986 and is currently planning for new construction to create the outdated building in Chimsan-dong into a local landmark. This contest was organized to share the vision for building the office building and to realize coexistence with the local community.

An Eco-friendly ‘Garden’ for Resting to be Built at the YU Campus!